skip to main | skip to sidebar

For the last decade, one company, Omega Protein of Houston, has been catching 90 percent of the nation’s menhaden. The perniciousness of menhaden removals has been widely enough recognized that 13 of the 15 Atlantic states have banned Omega Protein’s boats from their waters. But the company’s toehold in North Carolina and Virginia (where it has its largest processing plant), and its continued right to fish in federal waters, means a half-billion menhaden are still taken from the ecosystem every year.

For fish guys like me, this egregious privatization of what is essentially a public resource is shocking. But even if you are not interested in fish, there is an important reason for concern about menhaden’s decline.

Quite simply, menhaden keep the water clean. The muddy brown color of the Long Island Sound and the growing dead zones in the Chesapeake Bay are the direct result of inadequate water filtration — a job that was once carried out by menhaden. An adult menhaden can rid four to six gallons of water of algae in a minute. Imagine then the water-cleaning capacity of the half-billion menhaden we “reduce” into oil every year. 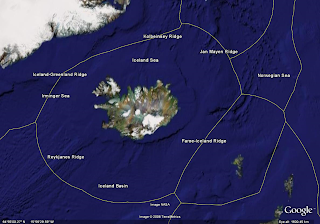 After the most recent 'Cod War' of 1975-1976 between Iceland & England, Iceland declared an Exclusive Economic Zone beyond its traditional territorial waters. 200 nautical miles was approved worldwide by the UN convention of the Law of the Sea in 1982 and recognized internationally in 1994. 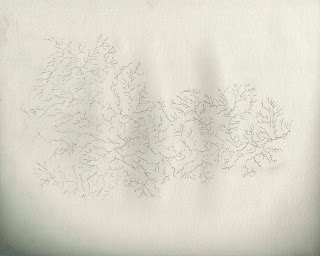 NOAA’s National Marine Fisheries Services (NMFS) has responsibility for the management of fishing activity between the 3-mile and 200-mile limits of U.S. waters, and manages 230 commercial stocks via 47 different management plans administered by 8 regional Fishery Management Councils. Of these, 89 stocks are considered overfished or subject to overfishing. An additional 33 fish and 32 non-fish species are protected by NOAA Fisheries under the Endangered Species Act.

NOAA has the primary responsibility for sustaining these fishery ecosystems and the economies and cultures they support. Significant declines in fishery production over the last several decades have in most cases been linked to excess fishing pressure, often a symptom of inadequate management plans that are based on single stock assessments and rely on limitation of gear or effort to restrict catches. In recent years, the fishery science community has recognized the importance of understanding and managing coastal fisheries at the ecosystem level. This type of Ecosystem Based Management (EBM), increasingly embraced in principle by NOAA, considers multiple components of a fishery ecosystem, including major physical and biological factors that affect recruitment and survival of commercial species and sustainability of their populations. EBM allows development of management principles based on the reality of ecosystem function, and at the same time provides protection for habitats and the biodiversity they support.

Unlike previous management schemes that could be based on landings data and routine surveys, however, EBM rests on understanding a much more complex ecosystem structure, requiring a broader set of observations and more sophisticated interpretation and modeling. Achieving this will require significant participation by the academic research community working with NMFS and other NOAA scientists. Current solicitations for NOAA Cooperative Institutes recognize this need, and timely progress in ensuring the future sustainability of our fishery resources will only be possible through more extramural research support, whether for Cooperative Institutes or by other mechanisms. This is another powerful example of the value of NOAA’s research partnership with the larger academic community. 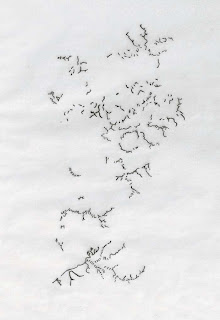 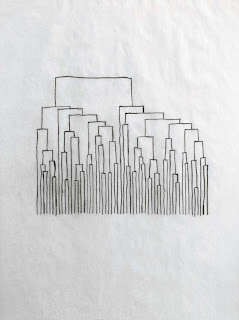 Darwin drew the first evolutionary tree when he was 28. He had recently returned to England from his five-year voyage around the world aboard the Beagle, and his theory of evolution was still in an embryonic state. It occurred to him that evolution could explain the similarities and differences between species. The descendants of an ancestral species might have evolved into different forms, splitting into separate lineages “like the branching of a great tree from a single stem,” as he would later write in “On the Origin of Species.”

Darwin’s first tree is now a familiar sight in books, museum exhibits and, of course, on Wikipedia. But David Kohn, the director of the Darwin Digital Library at the American Museum of Natural History, has recently discovered 10 other trees that Darwin drew in later years. “It’s a long-term preoccupation,” Dr. Kohn said. “It feels like he’s using it to think.” While pondering how humans evolved, Darwin drew a cluster of branches to represent our common ancestry with apes and monkeys.

It is estimated that humans move 7,000 species a day. In the process, species are being thrown together in combinations that have never been seen before. “We’re seeing the assembly of new food webs,” said Phil Cassey of the University of Birmingham in England. Those new combinations may allow biological invasions to drive species extinct in unexpected ways. 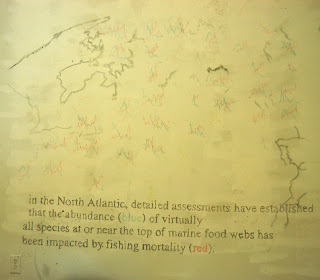 In addition to having a role in climate change, nitrogen has a huge, probably more important biological impact through its presence in fertilizer. Peter Vitousek, a Stanford ecologist whose 1994 essay put nitrogen on the environmental map, co-authored a study this summer in the journal Nature that put greater attention on the nitrogen cycle and warned against ignoring it in favor of carbon benefits.

For example, Dr. Vitousek said in an interview, “There’s a great danger in doing something like, oh, overfertilizing a cornfield to boost biofuel consumption, where the carbon benefits are far outweighed by the nitrogen damage.”

07.16.08: Biofuels Boom And Flooding To Lead To Record Dead Zone In Gulf Of Mexico
The oxygen-depleted “dead zone” in the Gulf of Mexico will reach record proportions this year because a surge in fertilizer use, connected with corn ethanol production, and widespread flooding have led to extensive algal blooms. Scientists from the U.S. National Oceanic and Atmospheric Administration and Louisiana State University forecast that the dead zone — in which algal blooms remove oxygen from water and suffocate marine life — will reach 8,800 square miles, roughly equal in size to Israel. That’s twice as large as the annual average since 1990 and one-third larger than the previous record dead zone in 2006. This year, the U.S. is growing 33 percent more corn for ethanol than in 2007. Massive Midwestern floods washed much of the fertilizer into the Mississippi River and its tributaries, leading to a record 83,000 tons of phosphorous pouring into the Gulf of Mexico this spring. The dead zones are located near the coast, forcing fishermen farther offshore. Five information modules–biological productivity, fish and fisheries, pollution and health, socioeconomics, and governance–accompany each of the world's 64 LMEs. They help scientists and managers understand and integrate the elements of monitoring, assessing, and managing LMEs. The productivity module describes the availability of nutrients and primary productivity; the fish and fisheries module covers the status and changes in fish populations and their biomass; the pollution and health module defines the types and degree of pressure from pollutants like sediments and excessive nutrients; the socioeconomic module specifes the size and scope of activities of surrounding human populations and the various ways that humans exploit or manage the resources; and finally, the governance module analyzes the laws and regulations, as well as the various entities responsible for managing the resources and enforcing laws. These modules offer a conceptual way to integrate science and management at the ecosystem scale.

ECOPATH Modeling: Precursor to an Ecosystem Approach to Fisheries Management

n the early 1980s, NOAA scientist Dr. Jeffrey Polovina and his colleagues at the National Marine Fisheries Service, Honolulu Laboratory, developed an innovative marine ecosystem model known as ECOPATH. Named to convey its focus on ecological pathways, it was the first model to apply a type of statistics called “path analysis” to the field of marine ecology. The model’s simplicity and its ability to accurately identify ecological relationships have revolutionized scientists’ ability worldwide to understand complex marine ecosystems.

Ecologists use path models to estimate the direction and strength of all factors that influence the way ecosystems function. The original ECOPATH model described energy flow through the coral reef food web. Starting at the top of the food chain, scientists tracked tiger sharks to determine what and how much they consumed. They extended their observations to other members of the food chain all the way down to algae, simple plants known as primary producers in the parlance of ecological science. Path models allow scientists to calculate direct and indirect effects from a multitude of ecosystem components, providing them with the first means to model an ecosystem’s true complexity. 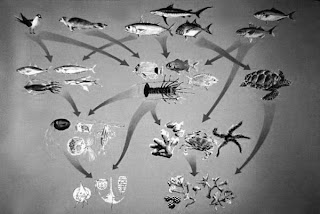 This schematic representation of a marine ecosystem food web illustrates some of the interrelationships or eclogical pathways between the species that make up the community. Applying the ECOPATH model helps ecologists better understand the significance of those relationships to the overall ecosystem. 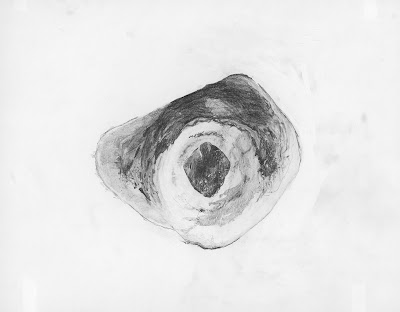 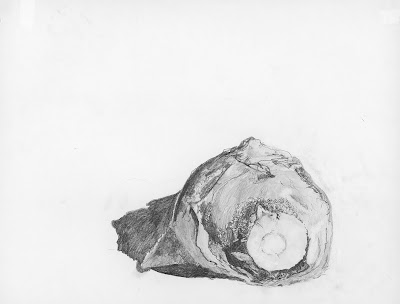 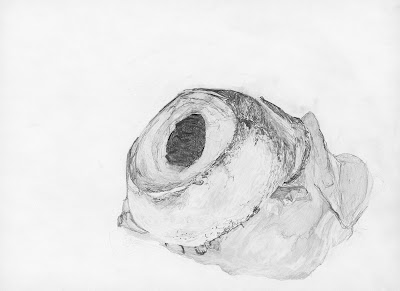 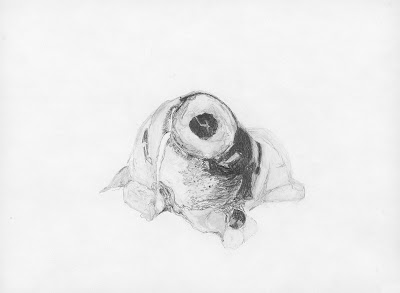 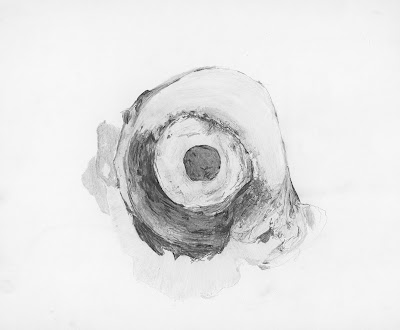 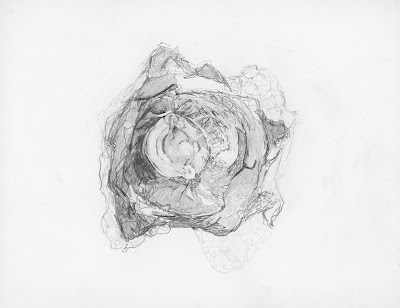 According to Simopoulos, wild salmon living in their natural environment of rivers, lakes and oceans feed on smaller forage fish, algae and seaweeds -- good sources of omega-3s. Most commercial salmon feeds contain about 45 percent fish meal and 25 percent fish oil. Depending on market prices, the fish meal contains forage fish or poultry by-products (even feathers) and blood meal, with grains such as corn, soy and wheat used as a binder or filler. In addition, Consumer Reports has noted that half of the U.S. soy crop and one-third of the corn crop were genetically modified -- a shock to those who believe such foods are dangerous.

According to Simopoulos, wild salmon living in their natural environment of rivers, lakes and oceans feed on smaller forage fish, algae and seaweeds -- good sources of omega-3s. Most commercial salmon feeds contain about 45 percent fish meal and 25 percent fish oil. Depending on market prices, the fish meal contains forage fish or poultry by-products (even feathers) and blood meal, with grains such as corn, soy and wheat used as a binder or filler. In addition, Consumer Reports has noted that half of the U.S. soy crop and one-third of the corn crop were genetically modified -- a shock to those who believe such foods are dangerous. 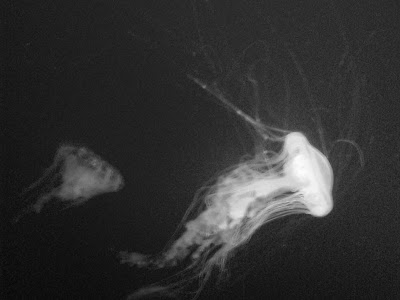 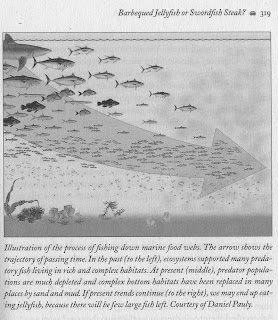 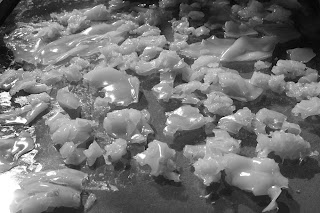 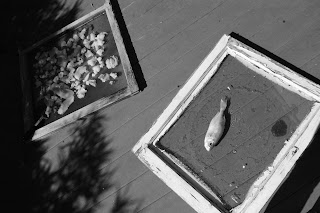 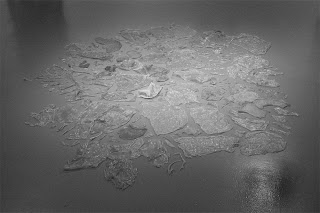 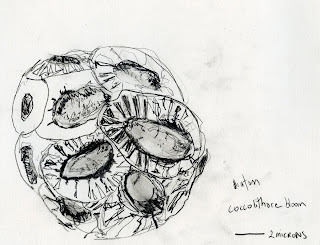 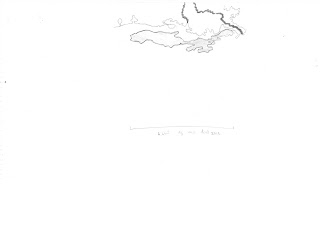 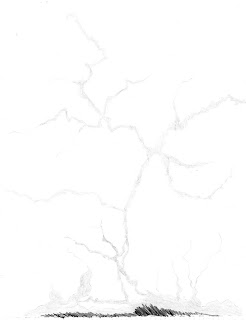 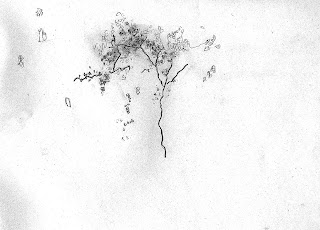 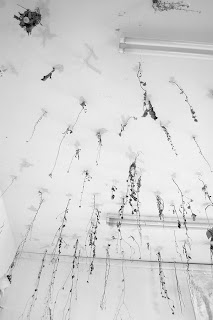 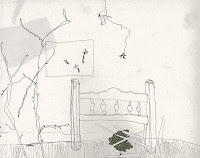